The General Transit Feed Specification is a file format which originally was developed by Google in 2006. It combines all the data in one compact file. This means you can download a single file to get timetable information for the entirety of Sweden. The GTFS Standard consists of 2 parts: static and real-time data. In the following sections, we will help you to get started with both.

How does GTFS Work? 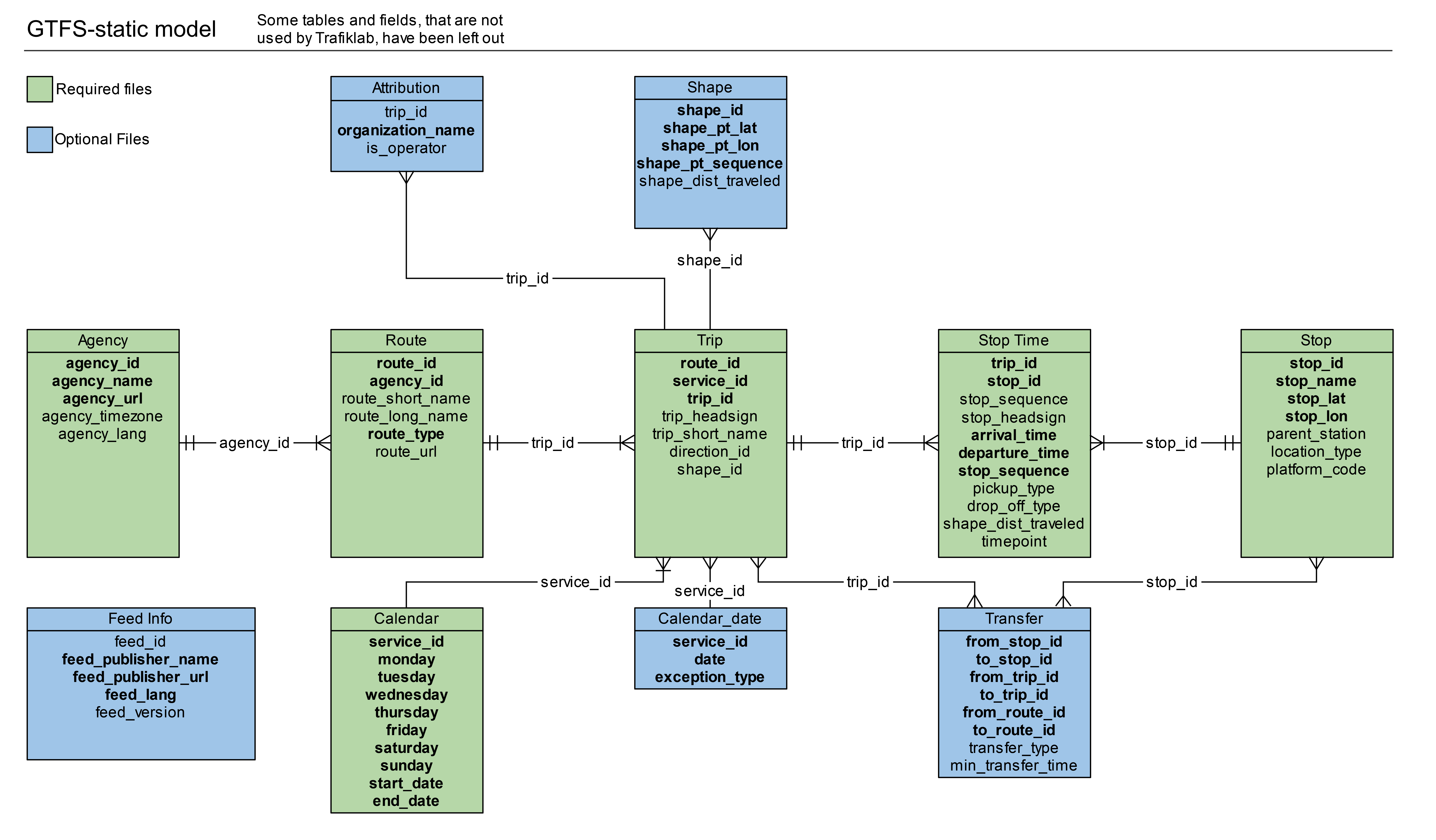 When should I use GTFS?

A dataset like GTFS is the opposite of an API like ResRobot. Each has its own benefits and drawbacks. When you want to create a simple app, or let users search for the next departure from your website, an API is easier to use. However, when you want to analyze data, an API would need millions of requests compared to a single GTFS file that has all the data.

At Trafiklab, we offer two GTFS feeds. The first is GTFS Sverige 2, which includes information for entire Sweden. We also offer GTFS Regional, which consists of multiple GTFS feeds, each of which covers an operator in Sweden. You can see the difference between those two feeds below.

We will only discuss the general working and contents of GTFS Realtime feeds. You can find the …

You can find the complete GTFS reference at https://developers.google.com/transit/gtfs/reference/.